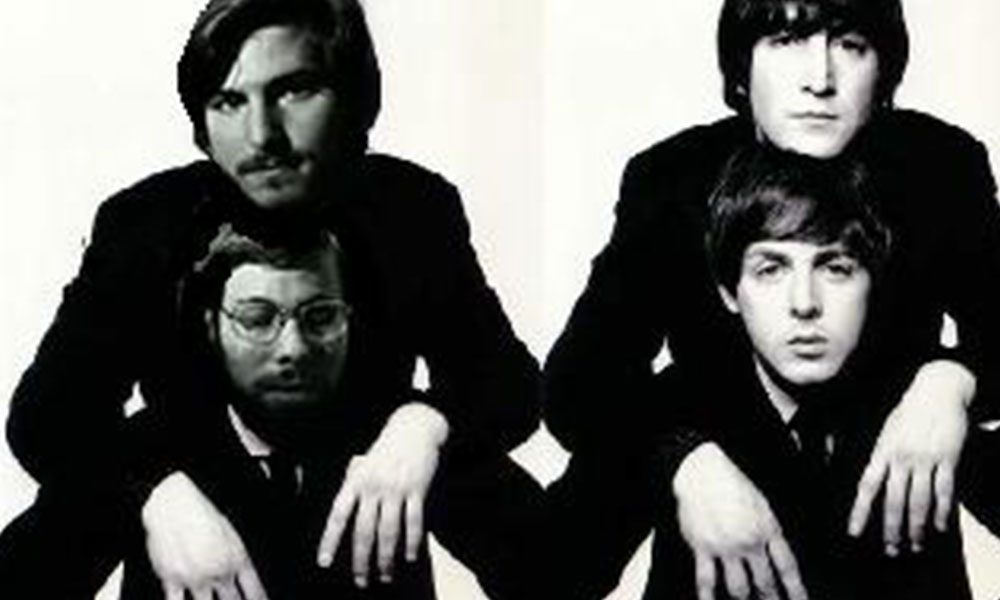 Founding a successful startup is no different than forming a rock band. Creating something that builds lasting value and changes the lives of millions of people requires forging a team that will work hard to overcome seemingly insurmountable obstacles, stand up to the pressures of fame and fortune and stay true to the original vision long after others stop believing.

During my years at Universal, EMI and Sony-BMG, I was lucky enough to get to work with some of the greatest bands in the world. I had a front-row seat to see how they each dealt with the challenges of an ever-changing competitive landscape and how they handled the inevitable interpersonal conflicts that happen when you put people under pressure. It makes no difference whether you and your co-founder are Lennon and McCartney or Jobs and Wozniak, Elton and Bernie or Larry and Sergei — to come together and produce the hits, you must learn early on how to harmonize. Here are three secrets to picking co-founders inspired by rock ‘n’ roll:

For tech startups, the most successful division of duties (and egos) is the classic “inside-outside” team. If one founder is wholly focused on executing on great product, the other can focus on sales, marketing and fundraising. When each can recognize and revel in the genius of the other, there is teambuilding. When everyone thinks they are the star, you end up with the dysfunction of the Eagles or Twitter.

“If you start me up I’ll never stop”

The first secret that the truly great teams have is complementary skills. Bernie Taupin wrote the lyrics and Elton John composed the music. Independently they were unknowns aspiring to make something meaningful; together they created over 30 albums of hits. Steve Wozniak’s brilliant coding was brought to market by Steve Jobs’s salesmanship. Founders need sizable egos to believe that what they are creating is good enough to change the world. What makes for great co-founders is having those egos focused on complementary, not competing, skills.

“You can’t always get what you want”

The long and winding road is not easy, and early on co-founders will learn that you can’t always get what you want. Long hours, artistic differences and lack of funding will lead to inevitable conflicts. These problems will be exacerbated by the fact that if each founder is focused on a different aspect of the business, they will be responsible for a disproportionate piece of each problem. One founder may be blamed for not raising enough money, while the other may be blamed for not launching fast enough.

The secret behind the most successful rock ‘n’ roll teams are that while their skill sets may be complementary, their styles are completely in sync. Pick a co-founder that communicates in the same fashion that you do. If you are a screamer, then the only way you will ever listen to a conflicting point of view is to find someone who is passionate enough to yell back at you. The same goes for people that are more analytical and conflict-averse. Until co-founders learn to master their interpersonal issues, adding more band mates will only amp up the conflict.

“I can’t get no satisfaction”

The place where most co-founders fail is in knowing when to hold ’em and when to fold ’em.   The most gut wrenching, sleepless decisions facing startups is knowing when to pivot, when to throw in the towel and when to exit.  More value is created or lost during these moments than any other.  Jerry Yang and Daivd Filo enabled Yahoo! to survive the dot-com bubble and burst by understanding what each wanted to get from the experience.  When your company is at a low point, will your partner abandon you for a solo career when a rich job offer comes his way?  Or enough worse, will she turn down a billion dollar acquisition offer because she doesn’t want to sell her baby?  I’ve witnessed bands breakup over side-projects, jealousy, credits, and a whole host of seemingly petty issues.  In the end, it usually comes down to one of the founders not feeling satisfaction.  My best advice for new co-founders is to spell out how to handle the big issues before they become big issues.  Before you launch your startup, honestly communicate with your partner why you are chasing the dream.  Is it fame or fortune?  When will enough be enough?  Making sure your goals are aligned is the only way to get satisfaction.  You can’t always get what you want.  But if you try sometimes you might just find you’ll get what you need.

This post first appeared in the Wall Street Journal October 7, 2014