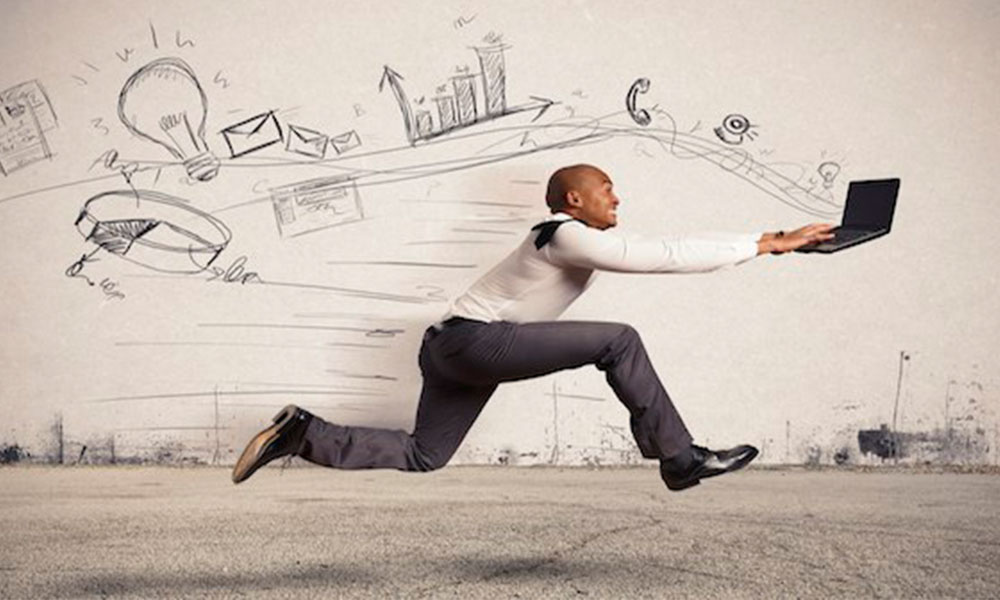 Most first-time entrepreneurs are so excited to tell the world about their new venture that they miss the entire point of startup marketing: to stop being a startup.

As counterintuitive as it may seem, the true purpose of marketing a startup is to accelerate your business growth so that you no longer are raising money and burning cash. If you want to build a company of lasting value, here are the three most important things to remember about marketing at this early stage of business development.

First, the goal of a startup isn’t about getting customers, it’s about getting the right customers. Your idea might be brilliantly obvious to you, but unless you can prove out your customer acquisition costs, you will find fundraising nearly impossible. The primary goal of early marketing is to validate your assumptions as to who will use your product or service, how often they’ll return and if they’re telling their friends to use it. Billion-dollar businesses like Groupon, eBay and Zappos didn’t begin by trying to go national, but rather zeroed in on a specific demographic to build their base of customers. Your trial target market may be regional or a specific customer demo, but the goal is to spend the least amount of money to prove out your model. Proof will be your ability to continue to scale with the same amount of spending per new customer. Once you have the data to show that it costs you less to get a new user than their lifetime revenue value, you have a business. The greater the delta between those two numbers, the lower your costs of capital will be. Phrased a bit differently: the more profitable your customer base, the higher your valuation. Facebook built a record-setting business using this formula. The company’s quarterly revenue per user of over $6 makes it one of the most profitable businesses on earth, and that is why shareholders continue to value the company at over $200 billion.

Which leads us to the second secret about startup marketing: If it can’t be measured, it can’t be duplicated. Every piece of earned media in the press and purchased advertising helps grow awareness for your startup. But knowing how each customer discovered you is crucial to growing your company. You can’t put gasoline on a fire you can’t find. The challenge is being able to accurately measure the impact and efficacy of each dollar you spend. Take the online battle for customers between Uber and Lyft. Uber is outspending Lyft four to one in pay-per-click (PPC) advertising because they were able to prove out their customer acquisition cost earlier than their competitor and raise billions of dollars for their hyper-growth global startup. The result is startling clear. Today, Uber is valued at over $40 billion without being profitable. If your startup idea is as clever and innovative as you believe it to be, there will be a myriad of competitors springing up like dandelions in summer to steal your customers. The winner isn’t always the first one to market, but rather the first one to market its data to venture capitalists. Late-stage investors will line up around the block to fund profitable growth, and again the valuation of your startup will skyrocket. The more solid your data, the more leverage you will have in selecting your funding partner.

What investors don’t want to see is money spent on marketing for its own sake. I am constantly amazed at the number of startups paying for their logo to be seen at industry conferences and for sponsorships when no one at those events even faintly resembles their target audience. If you are selling a B2B technology, as we do at SeaChange, then absolutely you need to be at the forefront of your industry gatherings. But too many startup founders think that having a high visibility at trade conferences will attract VCs and other investors. Nothing could be further from the truth. Nothing turns off potential investors more than seeing money spent on ego. Spend every marketing dollar as if it was your last one and be laser focused on reducing your customer acquisition costs. If your get that formula right, there will be plenty of time for industry accolades.

The last three startups I ran were successful because they were able to limit their marketing expenses until they could prove out their models. In one instance, we were nearly out of business and down to having only enough cash to keep going for another six weeks when we cracked the customer acquisition formula by pivoting the entire company to focus on our most profitable subset of consumers. With that data in hand, we quickly raised over $20 million in growth capital and eventually sold the company for $200 million dollars. The only real secret you need to remember is that great marketing doesn’t build great companies, great marketing data does.

Jay Samit is a serial entrepreneur and author of the forthcoming book “Disrupt You!” This column originally  ran in the Wall Street Journal March 13, 2015