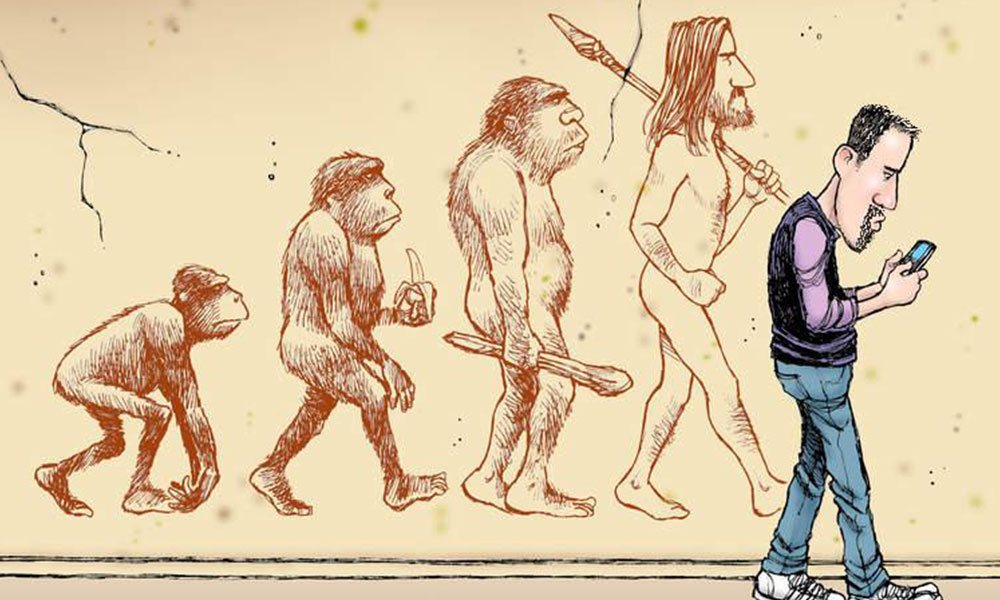 “I never saw it coming” is the all-too common lament of companies and leaders blindsided by technological and competitive disruptions that leave them immobilized. Take digital music. iTunes, Spotify, and Pandora obliterated the global commercial music industry. Office and manufacturing automation is eliminating jobs by the thousands. Artificial Intelligence will render roles like accountants, lawyers, stock brokers, and other knowledge-based workers far less useful. Driverless cars are imminent. What do all of these disruptions have in common? Despite being foreseeable, those most affected by them likely concluded, “Oh, that would never happen!” You may well be someone staunchly avoiding the disruption coming right at you.

I spoke with Jay Samit, author of the provocative and richly insightful book, Disrupt You! to learn more about how those who thrive and prosper through disruptive times differ from those that get annihilated by it. Samit says, “You will have your career disrupted. So you have to either proactively turn the impending change into something more enjoyable and fulfilling, or you sit in fear of the inevitable day when the hatchet comes your way and then not know what to do. People who prosper find the spark inside them to change their lives and turn potential catastrophes into career triumphs.”

Disrupt You! is chock full of wisdom from Samit’s multi-decade career in the entertainment world. It’s also full of rich explorations of individual, organizational, and industry-wide sea-changes that disrupted many aspects of life and history.

Reflecting on the deteriorating health in organizations within industries ripe for disruption, Samit notes, “Sadly, people have given up hope for positive change. They work just enough to get a paycheck because the system has driven out individuality. They work enough not to get fired, but not enough to actually care. Self-preservation is the first rule. They duck and cover, hoping someone else gets cut.” Samit advocates for individuals taking control of their destiny before disruption broadsides their career and derails an otherwise promising future. Here are four ways to prepare for disruption to your career or your company, rather than avoiding the inevitable with denial or wishful thinking.

1. Identify and be honest about the tapes playing in your head. Says Samit, “In our childhood, well-meaning parents tell you what you can’t do or become. So people who gave up on their dreams want you to give up on yours. They want you not to live through the heartaches they believe they avoided.” Many people live under the false assumption that we are hard-wired to be certain ways. Tapes that play in our head unconsciously shaping behavior, known as operative narratives, that tell us, “You’re stupid,” or “It’s too late for you” or “Others are better” or “If you try, you’ll fail.” And they trigger a fearful, risk-avoidant impulse that leads us to believe that homeostasis is safer than change. Samit says, “It’s like a big horse tied to a white plastic lawn chair. It’s so conditioned to think it can’t move from that place, he doesn’t bother to learn that if he just starts walking, the chair will go with him.” Be honest about the messages playing in your head that could be holding you back from needed actions that may require the discomfort of taking a risk.

2. Confront denial head on. Stop and ask yourself what assumptions may be preventing you from stepping out into a different future.  The more certain you are of something, the more you should find disconfirming data to refute it. Are you in an industry, company, or job that is ripe for disruption? Are you struggling to keep up with advances in technology? Do you cling to methods and processes that are more than 5-8 years old? Have you dismissed something that arrived into your field as just “a passing fad?” What are you rationalizing? Tenure in executive jobs is in a free-fall, and most come stamped with an expiration date. To be sure, truthfully looking at shifting ground raises uncertainty and anxiety. But think about the alternatives if your assumptions prove wrong. Says Samit, “When you see the collapse of an otherwise successful career, it means that a signal was missed somewhere along the way.” When asked when the best time to change is, Samit always replies, “The second best time to change is right now. The best time was a year ago.”

3. Replace habits with learning. Being forced to is typically the most common reason behind why people change. When people have no choice, suddenly change isn’t so painful. But predictable routines make change that much harder. Samit suggest, “Habits allow us to accomplish more because then we don’t have to think about all our decisions. But that doesn’t mean we develop good habits. It’s just that routine makes us more productive. Dismantling those routines is a painful prospect.” Breaking free of routine requires reflection and learning new routines. We must be intentional about choosing to give up familiar things and investing the energy to learn unfamiliar things. Samit believes, “There’s no difference between the literate and the illiterate if you don’t read. You have to seek out knowledge. Lifelong learning has become the ‘new normal’ for individuals and organizations. If you want something you’ve never had, you have to do something you’ve never done.”

4. Solicit honest feedback Success is another significant barrier to change. Once you have mastered a skill set, and been reinforced and rewarded for a unique application of that skill set, you’re not likely going to be the first to acknowledge that skill set is headed for obsolescence. If you don’t have a regular source of honest feedback about your skills, what it’s like to work with you, what you could improve, and how you better optimize your strengths, then get one. Nothing helps calibrate reality than the honest perceptions of those who work closest to you.  Samit reflects, “One of the greatest downfalls of otherwise promising entrepreneurs is that they are ‘ruined by praise, but saved by criticism.’ They fall so in love with their own ideas and become unable to separate their identity from what they create, that no one can tell them when their baby is ugly.” Leaders who go uncalibrated for too long lose touch with the raw truth of how others experience them. So they convince themselves “all is well” and are shocked when their career derails for behaviors and skill shortages that could have easily been rectified with honest feedback.

Disruptive change is inevitable. It doesn’t have to be destructive. Choosing change before immobilizing obsolescence knocks on your door is within your control. “We are all born into an imperfect world filled with opportunities for improvements,” says Samit. “I grew up in row housing in Philadelphia. If you’d told me many of my friends would be self-made billionaires who had nothing more special than anyone else, I’d have never believed you. For some, improvement comes from working to create a more just society or build products that make life better for customers. We get one time through life. Why would you not want to make the absolute most of this amazing adventure that you could?”

This post by Ron Carucci was originally published on Forbes.com August 16th, 2016. Ron Carucci is Managing Partner at Navalent and the author of eight books, including Rising to Power. @RonCarucci