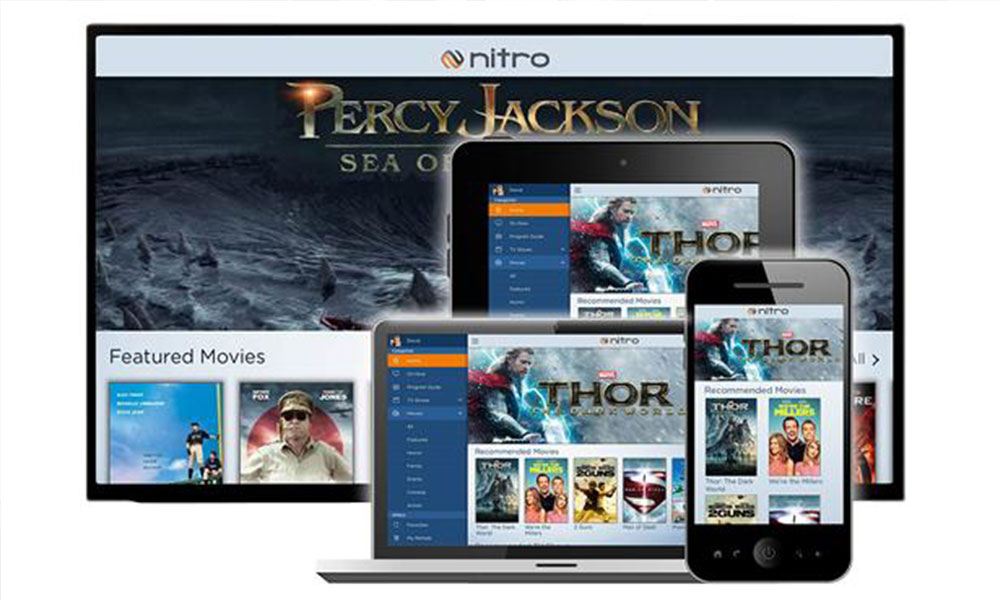 Pay TV operators need to evolve into super-aggregators who act as the gateway to all the entertainment we want and then monetize that role more effectively, most notably through greater use of advertising both within and around the content they serve up. This is the recipe for greater ARPU and it requires that operators master content discovery and intelligent promotion in order to filter content for us, utilising computer-learned recommendation but also friend recommendations and trending content. Naturally, you need to make the television experience available on all screens and make it seamless.

This is the vision painted by Jay Samit, the new CEO at SeaChange International, who is determined that Pay TV operators should think of themselves as gateways to all content, including online video from providers as diverse as Netflix, YouTube and sports league rights owners, as examples. He argues that online providers are ready to partner and would be happy for their content to appear through a Pay TV user interface with the platform operator monetizing around that content with their own banner ads or even pre-rolls.

Samit, who has a long background in innovative digital projects with Sony and EMI among others, including the introduction of downloads and ringtones – proving that that there was life after digital for the music industry – relishes his arrival at SeaChange as a TV ‘outsider’. “I’m not a cable guy,” he declares as an introduction, before listing some of the trends in video entertainment that operators should be doing more to harness. These include the progression into what he calls a post-literate society where text is being increasingly replaced by images and especially video, where we watch more video than at any time in history, but where 18-24 year-olds are increasingly finding what they want in the form of viral video and music on YouTube.

He argues that consumers care about content but not where it comes from, so they are looking for a Harry Potter movie and not settling down on Saturday night in the hope of watching a Warner Bros film. “They want Dexter. They may not remember who makes it and they love it wherever it comes from. But do consumers really want to have hundreds of individual apps to reach their content?” he asks. And here is the opportunity for traditional Pay TV providers to expand their remit, making sure they become the gateway to everything we want to view, and making that access easy.

“18-24 year-olds are watching less TV than before but they are not watching less video and they are not staring at screens any less. So go where the consumers are going,” is his advice for any platform operators that are deciding whether to block out or embrace ‘OTT’ content. “The difference between an opportunity and a problem is your point of view,” he adds. “With all this video being created, the challenge is how you make it accessible and seamless so consumers can enjoy anything, anytime. The Pay TV operator can provide the seamless experience. If you go down this road and do it well it will result in greater ARPU.”

The advertising opportunity is one of the key routes to monetizing this business model. Samit is not only talking about UI banner ads or pre-rolls, either, but referring to the broader role for platform operators as ad tech pioneers (Dynamic Advertising Insertion, programmatic advertising that harnesses service provider data, addressable and targeted ads, etc.) and ad sales houses. He reckons that because they can provide better targeting and cater for multiscreen advertising needs, they are well placed to take more of the TV advertising business. “Most of the brand advertising coming through the TV screen goes to the networks [broadcasters]. Why not grab a piece of that business?” he challenges.

Samit believes that if people are spending longer in front of some kind of screen then there is more money to be made. He also offers a general rule for digital business that he believes applies to television. “Whoever controls the experience, makes the money.” He points out that you do not have to own hotel rooms to make money selling them and thinks platform operators must deliver their own value-add to a world of expanding content.

SeaChange International has many of the technologies to help operators pursue this vision, including the Adrenalin multiscreen television platform (including in a SaaS offering), the Nitro multiscreen subscriber experience (which includes UI/navigation), the Infusion multiscreen advertising platform, and Nucleus (the RDK-based whole-home DVR/multiscreen gateway solution). Business intelligence and content promotion are part of the solution portfolio.

Samit joined SeaChange in October. His most recent roles were as President at ooVoo, a social video chat service with more than 100 million users, and CEO of SocialVibe, a digital advertising technology company. He also held senior executive roles with Sony and EMI, where he spearheaded their digital media efforts.

This story originally appeared in Videonet on November 5, 2014