How Startup Founders Can Avoid Getting Disrupted 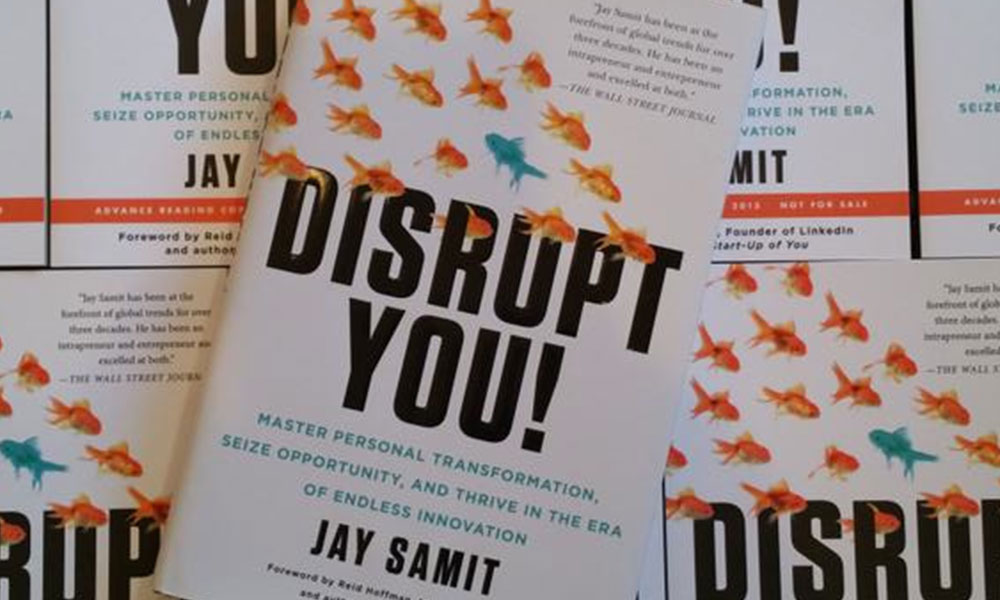 Whether by design or circumstance, every startup will eventually get disrupted. You have the next big idea and have been tenacious enough to get funded. Your insights and drive have given you a huge lead on competitors who are too slow to realize how much the market is changing and how obsolete their products have become. Your fledgling company hires more employees and becomes a global player. Your board and investors even consider you the Mark Zuckerberg or Evan Spiegel of your industry. Congratulations, you have succeeded in turning your startup into a real company. The world continues to beat a path to your door until one day, when seemingly out of nowhere, the disruptor gets disrupted. No business is immune to this cycle. Even the mighty Steve Jobs was fired from Apple when the computer maker struggled to compete in the personal computing sector he helped pioneer. The sword of innovation that you skillfully yielded in your battle to breakthrough turns out to be double-edged. In this era of endless innovation, there is only one thing you can do to stay competitive: you must learn how to disrupt yourself.

As a serial entrepreneur in the digital media space, I remember the day 15 years ago when Shawn Fanning and Sean Parker launched Napster — I knew all the music startups of that era were instantaneously made irrelevant. I had stakes in companies that created custom CDs online, programmed Internet radio stations, launched music subscription services and developed a myriad of other new innovative ways to monetize digital music. Collectively these new media companies had market caps in the billions of dollars, and yet none of them could compete with free. All of them would eventually fail and only iTunes survived (mainly because their business model was initially based on selling hardware and not profitably monetizing content). As one of the first startups to leverage what we would come to call cloud computing, Napster ushered in a new era of innovation where the costs of launching a global startup were a fraction of what they had been a decade before. Since 2000, the speed of broadband has increased more than tenfold, cloud computing and the cost of storage has become affordable to even the most nascent enterprise and the reach of mobile computing devices now puts nearly six billion consumers just a click away.

According to a recent USA Today survey, more than 50% of today’s college students want to be entrepreneurs, and more than 1,200 startup incubators have sprouted up around America like dandelions in summer to assist the legions of hopefuls. While venture-capital firms are investing record amounts of money in these new businesses, their billions of dollars are being eclipsed for the first time by a new source of capital: crowdfunding. According to a recent report by Massolution, crowdfunding is expected to top $30 billion this year (up from just $880 million in 2010). Even the traditional IPO market is being disrupted by equity crowdfunding, which was just enabled under Title II of the JOBS Act. This newest form of fundraising, while limited to just accredited investors, is expected to top $2.5 billion this year.

With so much competition, startup founders and existing corporations can no longer survive by just adding new features or marketing product extensions. In today’s business climate, incremental innovation is like walking on quicksand – it will keep you busy, but you won’t get very far. To thrive, all businesses must focus on the art of self-disruption. Rather than wait for the competition to steal your business, every founder and employee needs to be willing to cannibalize their existing revenue streams in order to create new ones. All disruption starts with introspection. Instead of focusing the traditional planning cycles where companies benchmark their businesses against existing competition, teams need to be developed to foster internal change and disruption. Self-disruption is akin to undergoing major surgery, but you are the one holding the scalpel. Apple and Google continue to expand and dominate new industries because they strive to create a culture of risk taking, self-disruption and experimentation. Would anyone have predicted ten years ago that either of these companies would be going into the auto industry? Does anyone today doubt that they will be successful?

In order to protect against being disrupted, startups also need to recruit employees that are committed to life-long learning. The skills that made your team members valuable may not be the skills needed to take your company to the next level or to compete in emerging markets. The Internet of Things, 3D printing and the sharing economy are going to impact virtually every business sector during the next five years. In order to change your company culture and seize opportunity, you need to hire people that are willing to change themselves.

“Everyone thinks of changing the world, but no one thinks of changing themselves,” Leo Tolstoy wrote a century ago. Never has that statement been truer or the opportunities for startups greater. The greatest obstacles continue to be the greatest opportunities for entrepreneurs. By mastering the skills needed to disrupt you and your company, you can bolster your competitive advantage and continue to change the world.

Jay Samit is a serial entrepreneur and author of the book “Disrupt You!” This column originally was published in the Wall Street Journal June 24, 2015