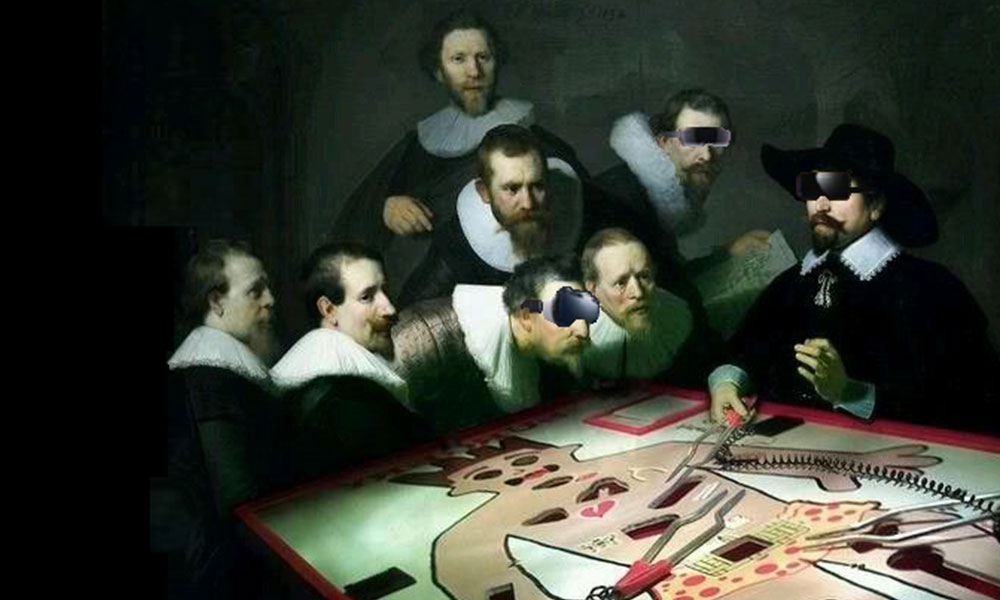 With the potential congestion, delays, and hassles of airports around the holidays, virtual reality’s promise of telepresence is more needed than ever by weary business travelers. Of all the enterprise VR apps used by business today, telepresence has the greatest potential to save corporations billions while improving both productivity and the quality of employee’s lives.

With more than 1 million VR headsets now selling per quarter, virtual reality telepresence is going mainstream. Corporations spent over $3.5 billion on video conferencing last year and digital reality software companies are creating novel ways to grab some of that lucrative market. When done properly, VR telepresence transcends distance in a way not possible in a video call and can create an intimate, personal connection. Many in the hardware industry are even positioning VR telepresence as a way to reduce the nearly $300 billion U.S. companies spend on travel each year. While there are myriad ways to apply this new technology, the three forms of telepresence showing the greatest potential return on investment are: virtual experts, virtual rooms, and robotic presence.

While not focusing on having two people see each other, VR virtual expert systems are designed to have two workers see a shared perspective. See-What-I-See (SWIS) leverages VR to empower experts within a company to help multiple parties across distant locations. A cable or telecommunications company, for example, trains their service teams to handle the most common problems in the field. When an unusual piece of equipment or non-standard complication is encountered on site, the first team used to have only one option: call their supervisor to rollout a second truck and a second team of workers.

SWIS solves this costly and time-consuming problem by having the most experienced workers remain stationary at the office and wear virtual reality headsets that allow them to not only see what the field service engineer sees, but to talk and walk them through the process of fixing the problem. Combining SWIS hardware with machine learning systems will enable these “unique” use cases to be captured for future assistance and training.

Smart systems will, over time, accelerate repair times, increase system up time and reduce maintenance costs. Tablet-based SWIS VR software even allows both parties to draw on a shared screen to speed the communication process and avoid further mistakes. Beyond maintenance, SWIS provides benefits for coordinating with overseas manufacturing plants, procurement, and process control. At a time when a generation of baby boomer experts are retiring, SWIS can plug many of the skills gaps faced by industry.

As anyone who has suffered through a monotonous conference call can attest, audio alone is not the best form of communication. In fact, more than 90% of human communication is nonverbal. Virtual rooms allow users to meet “face-to-face” with people from all over the world. More than the traditional video conference, VR rooms allow for collaboration with 3D models, CAD plans and other design tools. An automotive designer in Detroit can work with a plant supervisor in China to solve a manufacturing issue in real-time.

As more companies rely on employees and subcontractors that work remotely, VR Rooms provide much needed interpersonal facetime. Approaches to virtual personas range from cartoonish looking avatars all the way up to volumetric captured photo-realistic people complete with eye-tracking. VR rooms also function as a shared workspace, where co-workers can leave 2D and 3D items for others to work on asynchronously. In the near future, some office buildings will exist solely in the virtual world.

Robotic telepresence is now usually deployed by remote-controlled robots with tablets mounted at eye-level. From an office thousands of miles away, a user can guide the robot down the hallways of a building, stopping by to chat with co-workers on their way to attend a meeting. Companies such as VirtualApt have even equipped these robots with 360-degree video cameras so that virtual tours of hotels, college campuses and even high-end real estate properties can be captured and shared in VR. Virtual robots can now be spotted traversing the aisles of major trade shows such as the Consumer Electronics Show in Las Vegas and the International Technology Manufacturing Show in Chicago.

As high-definition VR eyewear comes down in price, the range of telepresence applications will vastly increase. Corporate training for many tasks can be streamlined to just learning how to use head mounted displays and true experts can solve more problems without ever losing travel time. The only remaining gating factor to mass adoption of telepresence is having enough bandwidth for those at remote locations. As 5G and edge computing become ubiquitous, so too will VR telepresence.

Being electronically present has the potential to not only reshape how employers and knowledge workers interact, but to expand upon the benefits of telecommuting by increasing the quality of interpersonal interactions. And by merely adding facial recognition software to your VR telepresence system, you’ll never forget another co-worker or client’s name again. What could be more personal than that?

Jay Samit is independent vice chairman of Deloitte’s Digital Reality practice and author of the bestselling book Disrupt You!  This post was first published in Fortune on December 12, 2017