Sometimes the Best Man for the Job isn’t a Man! 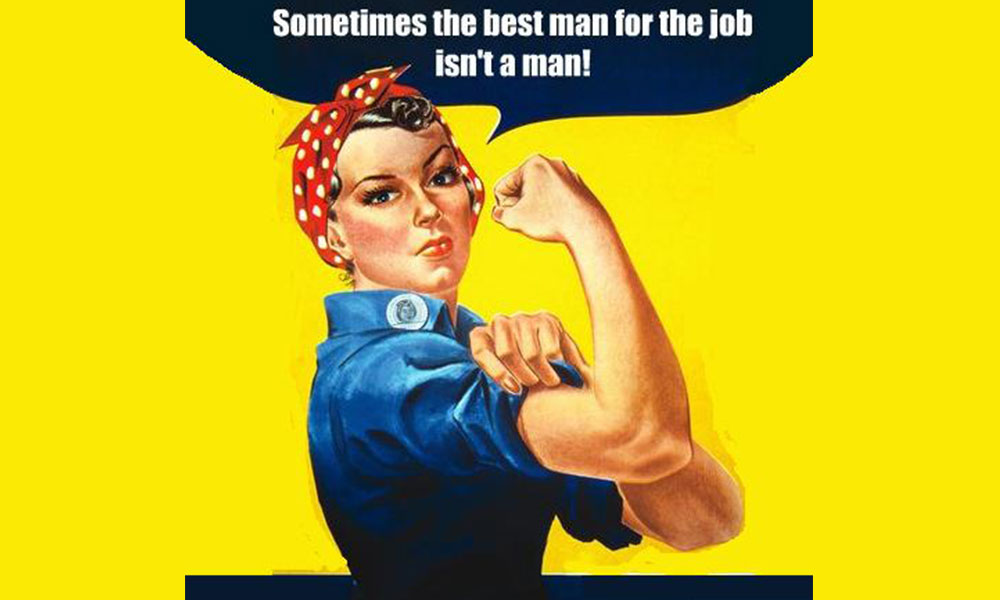 I never understood why women wanted equality in the workplace when in fact, that would be selling them short.  Numerous studies, and my own experience as a serial entrepreneur, have proven that companies with a diverse management team provide greater financial returns to investors.  For all those that thought gender was no longer an issue in corporate America, the lack of diversity in Silicon Valley management and the near absence of female engineers at companies such as Google, Yahoo, LinkedIn and Facebook have once again brought up the issue of gender imbalance at startups and tech companies worldwide.

According to Pinterest engineer Tracy Chou’s study of major public technology firms, less than 13% of these companies’ engineers are women (which is astounding given the fact that 25% fewer men graduate college than women).  While many defend the status quo by sighting a shortage of available talent, anyone looking to boost a company’s bottom-line should look at the role diversity plays in building a successful business.  Covenant Investment Management conducted an in depth study of Standard and Poors 500 companies on the hiring and advancement of women and found those without the glass ceiling performed 2.5 times higher than those that invest little in diversity.

Compared to large corporations, the role of diversity in a startup is even more profound.  So many of the very early decisions a founder has to make set the trajectory of the company’s eventual success or failure years into the future.  Wouldn’t getting the more diverse viewpoints better empower a CEO to make the best possible choices?

For those building a new team, or angels planning to invest in a startup, I recommend reading venture capitalist Cindy Padnos’ whitepaper on women-operated venture-backed tech companies.  According to Padnos, these startups consumed on average one-third less capital than their male counterparts’ companies.  Why do companies with diversity in their management do better?  The answer is obviously simple: because they better reflect the diversity of the actual marketplace.

Ecommerce, mobile, big data, solar power, 3D printing and all the other trends that are rapidly disrupting established businesses to create new opportunities for entrepreneurs affect everyone equally.  With five billion consumers now just a click away from any startup business, wouldn’t it be insane to ignore input from half your target market?

Unfortunately, the statistics about gender imbalance mask a far greater problem, women leave tech companies at twice the rate as men.  The fraternity like behavior at too many startups drives away top female talent.   According to a groundbreaking 2013 report on the advancement of women in computing by The Anita Borg Institute, the top two reasons women left the engineering field were lack of advancement opportunities and low pay.  But every obstacle is an opportunity for the smart entrepreneur.  If the same companies that make headlines for paying high school interns $6,000 a month have women engineers heading for the exits, then a smart startup CEO should focus on recruiting these female engineers and develop a corporate culture that encourages diverse ideas.

In my last role as president of a tech company, my female COO and I did three things to attract and retain a diverse talent pool of over one hundred engineers.  First, a CEO must address the issue of diversity formally.  Make it a company policy and priority.  Blog and tweet about the importance of diversity in building your vision.  By publicizing your company goals, employees will share this information through social media and help you attract more diverse candidates.  (This also has the added financial benefits of reducing churn and saving on recruitment costs.)

Next, take the steps necessary to institute flexible work arrangements that better support work-life integration.  Single-parents, dual-working parents, employees taking care of elderly parents and a whole host of other complexities have an impact on people’s lives.   Video chat, instant messaging and other technologies can enable members of your team to be productive on schedules that better fit their unique reality.  I once had a New York based employee who had to work remotely for a month from South America to take care of his mother.  For those that fear being taking advantage of by people working from home or on flexible schedules, I can say my experience is quite the opposite.  Employees are so appreciative of these accommodations, that they out perform their coworkers and are less likely to be poached by the competition.  Respecting the individual needs of each member of your team also sends a message to the entire organization that the company cares about its people.  As a startup, your most valuable resource is your human capital.

Lastly, create internal mentoring programs that provide employee development as well as visibility to growth opportunities within the organization.  Everyone wants to grow on the job and have a chance at career advancement.  By highlighting what positions may be opening up within your startup as it expands, your best and brightest employees will work on their own time to beef up their skills or take additional training.  Again, every time you promote from within, positive word spreads inside your organization and to the market.

Building a diverse, gender-balanced organization doesn’t happen on its own, but then again neither does success.  In fact, the two go hand in hand.

This post originally appeared in the Wall Street Journal August  11, 2014