Success beyond your comfort zone 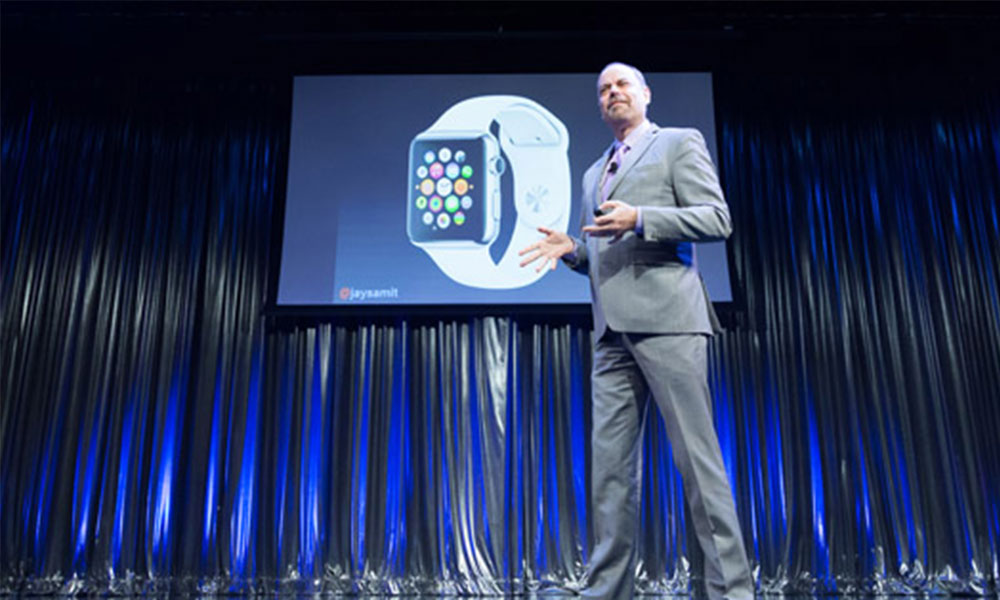 From one perspective, Jay Samit’s view of the world is unsettling to say the least.

“Business as usual is dead,” he said Tuesday during his keynote address, presented by Meeting Professionals International (MPI) at IMEX America in Las Vegas.

“Half of all white collar jobs will disappear,” he said. “Anything that can be automated will. Apps are replacing unskilled labor. Could your industry or company job be affected? By chaos or circumstances, it will happen. Sounds like a bummer at 8:30 in the morning.”

Samit’s message was indeed a wake-up call. As one of the world’s leading experts on disruption and innovation, he believes this is the right time to be in business, but only if change is embraced.

“It’s actually the greatest time to create business,” he said. “You only need two things to become a billionaire—insight and persistence. But you won’t discover your big idea sitting at your desk. Disruption comes from getting outside your comfort zone. The majority of people and companies are not willing to risk what they have built for something better.”

That, he said, is the problem. Yet, he gave example after example of “disrupters” who have changed our world. The biggest hotel chain has no rooms: AirBnb. The big taxi service has no car and one million drivers who have never met their boss or had a meeting with HR: Uber. The most popular media company: Facebook. Or how about the world’s largest retailer that no has no inventory: Alibaba. There are even more examples, but Samit made his point.

“What’s the last thing you kissed last night and the first thing you looked at this morning?” he asked. “Your phone. If your company isn’t mobile-centric, you’re missing the boat.”

Samit has been a highly sought-out speaker on change, disruption, adaptability and creativity. He has consulted with national leaders as well as Pope John Paul II. He’s worked with international companies such as LinkedIn and eBay, and partnered with the likes of Bill Gates, Steven Spielberg, Steve Jobs and Paul Allen. He’s the author of the internationally bestselling book Disrupt You! Master Personal Transformation, Seize Opportunity, and Thrive in the Era of Endless Innovation, and has a few thoughts on the meeting and event business.

He previously said the meeting and event industry is ripe for disruption and offered insight during his presentation.

Augmented reality, for example, is going to gain more traction and have a greater influence in our world, which could be ripe for opportunity in the meeting and event industry.

“Data beats opinions, but more data requires more creativity,” Samit said. “The future can be better than the present and you have the power to make it so. Look at every obstacle in life as an opportunity in disguise. No obstacle is so big that one person can’t make a difference.”

This post by Rich Luna was originally published on October 18th, 2016 on the MPI blog.