When the Tech Bubble Bursts, Unicorns Get Slaughtered 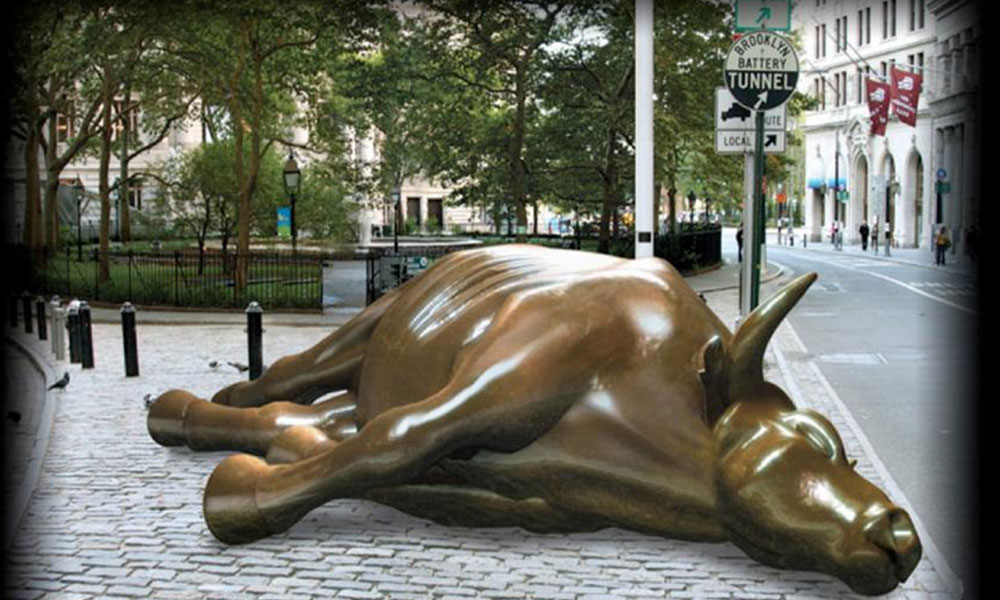 Venture-backed startups with billion dollar market caps are called “unicorns” because they are supposed to be rare mythical creatures that few entrepreneurs will ever ride. At present, 73 such companies have raised hundreds of millions of dollars in venture capital, and many of them are planning to go public while still being unprofitable. Their values range from a few billion dollars for Houzz or Snapdeal, all the way up to Uber and Xiaomi’s record-setting $40+ billion valuations. The sheer magnitude of this opulent herd portends one certain truth: the tech bubble is about to burst and unicorn killing season is upon us. But unlike the crash of 2000, this time there are ways for tech employees, investors and founders to identify who will survive before it’s too late.

In order to understand what happens when a tech bubble bursts, we must first look at how we got to where we are. The current bubble was created by a near perfect confluence of factors. The U.S. is posting better than expected GDP growth, while China, Russia and Europe continue to struggle. This geographic imbalance sends billions of investment dollars flooding into the U.S. Venture-capital firms have been able to raise more money from limited partners than any time in history — in 2014 they invested 61% more into startups than the previous year. Maintaining this exuberance is the Federal Reserve, which continues to keep interest rates down to bolster investments in all sectors. With interest rates at historic lows, excess capital causes investment bubbles. The result is too much money chasing too few great deals. Unfortunately, overcapitalizing startups with easy money results in superfluous spending and dangerously high burn rates.

What most entrepreneurs don’t understand is that it isn’t the economy that bursts a bubble, but investor psychology. Some event spooks the Street causing a chain reaction: the IPO window closes, capital tightens and valuations plummet. With a shortage of capital, only the strongest unicorns survive. Remember, fifteen years after the tech bubble of 2000, the NASDAQ Composite Index still hasn’t returned to its millennial peak of 5,048.Startups, some with little or no revenue, have raised hundreds of millions of dollars to chase growth. These companies then have to compete to find the engineering talent to quickly build out their companies. Venture-funded firms are driving up human capital costs to new heights. According to Glassdoor’s survey of 3,600 engineers, the average starting salary has crossed six figures for the first time. Many recruits are lured with stock options that have multi-million dollar values on paper. (In the last bubble, Silicon Valley darling Interwoven Software even offered some employees BMW Z3s as a signing bonus.) As companies get accustomed to spending vast sums, startups may need to go public before they are ready, causing a stampede of unicorns charging towards a market that cannot financially support them all at the same time.

As a prophet of disruption who likes to profit from disruption, here are the three things to look for when picking a winning unicorn. Companies with significant revenue (more than $100 million) have, by definition, significant traction. They have proven out their thesis and can scale up or down as investment capital becomes available. These are the surest survivors and the true champions of change. Companies without real revenues will not only find themselves without capital but without workers as well. Underwater stock options will see talent fleeing out the door at the same time as recruiting new engineers to work for a money-losing company becomes problematic.

Second, recognize that too many investors overvalue companies in the near term while undervaluing them in the long term. A decade ago, Amazon may not have stacked up the profits, but it had traction and owned a growing sector. Investors who stayed the course made billions of dollars. Patience is needed to really see the value of any disruptive company. If the trend is irreversible, the startup will find a way to make it. While these companies briefly fall out of favor when the IPO window is closed, hanging on to them will pay off over time.

Lastly, don’t think of all tech startups as tech companies. Unlike the tech bubble of 2000, today the Internet is firmly woven into every aspect of our economy. Google and Apple touch our lives daily. Just because a company is technology-based doesn’t mean it is a dot-com. Quicken Loans, for example, is not just a software company: it is the nation’s largest FHA mortgage lender. Many of the unicorns of the class of 2015 are harnessing technology to disrupt markets just the way Quicken Loans conquered the financial services sector. The more a company disrupts the market, the more likely it is to survive. Can you imagine a world without services like Uber or Airbnb?

No bull market lasts forever, but unicorns that disrupt established businesses, build meaningful revenues and plan for bearish times will become the established blue chip companies of the future. Lest we forget, at the last bubble Apple’s market cap was just a mere $4.8 billion.

Mr. Samit is a serial entrepreneur and author of the forthcoming book “Disrupt You!”  This column originally ran in the Wall Street Journal February 26, 2015