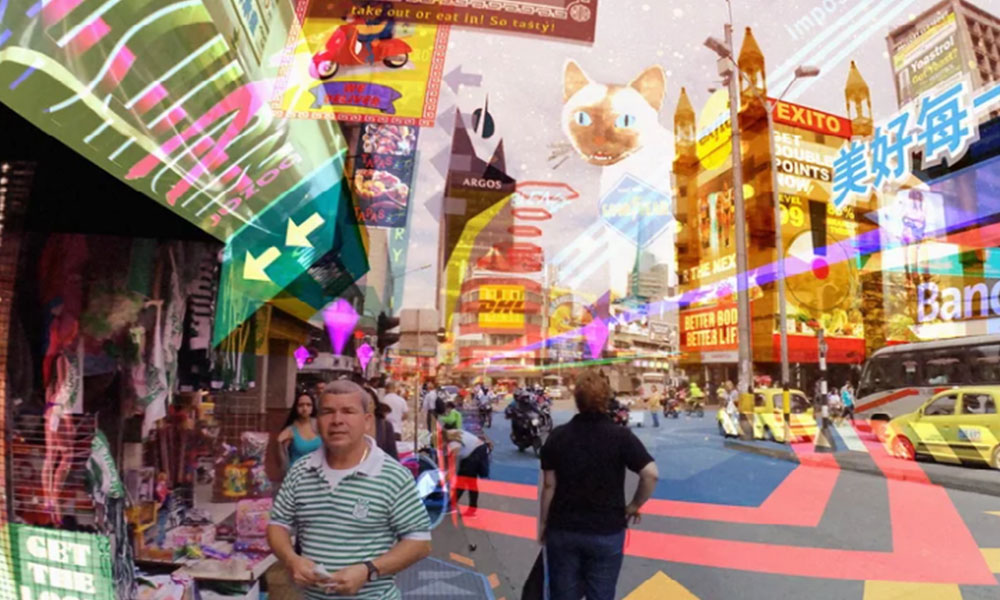 As augmented reality becomes more and more integrated into the mainstream, people have been wondering the future of AR is going to look like. Jay Samit has a pretty clear idea.

Samit is an expert in digital media innovation. He has been called a leader in digital “disruption” and has partnered with people like Bill Gates and Steve Jobs to pioneer advancements in business, music, video distribution, social media, and e-commerce. He has previously worked at Universal Studios, Sony, and ooVoo and was appointed to the White House’s initiative for education and technology by former President Bill Clinton. He is now the Independent Vice Chairman of Deloitte Digital.

After reading his thought-provoking article, “Augmented Reality: Marketing’s Trillion-Dollar Opportunity,” Next Reality had a chat with Samit recently about the future of AR and how we’re going to see AR change within the next few years.

Juliet Gallagher: You stated in your article that you believe AR can be used to subtract items from view to focus on specific retail products, that was interesting to me because like you said we typically think of AR you think adding things so — have we seen this marketing technique anywhere yet?

Jay Samit: No because we’re still at a stage where it’s early adoption so people would have to hold up a phone or hold up a tablet. Last year Americans bought over 80 million pairs of glasses that cost more than $100, so it’s not a big leap to see people buying AR glasses if they can add value. If you remember the smartphone ten years ago, it only took one app to get you to want to have a smartphone and then you became addicted to every app. It’ll be the same with AR.

The closest things that I can say that are done today, most of the applications have been additive, but some of the things that they’ve been working on are in training. For example, if you’re learning how to assemble fast food at a quick service restaurant, and somebody orders the cheeseburger with no cheese, when you grab for the cheese in the cheese bin, you see the bin is empty. Therefore you won’t grab something that you don’t know exists. So that’s being done today in manufacturing, on assembly lines it’s the same thing. As you’re picking different parts and components, only those that make sense if you need that time, are highlighted and the others kind of fade out.

JG: We obviously believe that augmented reality is a sound business strategy, but why aren’t more companies utilizing AR yet? We know they’re interested, what’s holding them back?

JS: I don’t think anything is holding them back, we’re dealing with cosmetic companies, we’re dealing with retail chains, we’re dealing with automotive retailers. It’s just a matter of rolling things out in times and into their enterprise resource planning, customer relationship managment, and online shopping systems. Building a robust solution takes time, but the next twelve months are when you’re going to see almost every month a new breakthrough retail experience.

A very simple one is you are doing home repair, and you come across the broken part. You don’t even know what this part of your sprinkler system is called. You hold up your phone; it identifies what is, tells you the name and part number; tells you it’s in stock at your nearest home improvement store. You can either have it waiting for you there, delivered the same day, or when you go there take your phone and see a path through the giant warehouse to find the part. At the same time, the AR will recommend other things like you might need a sprinkler head tool, and it can display when you’re in front of your sprinkler to repair a video in the heads up display to show you step-by-step how to do it. So this isn’t science fiction. These are all happening right now.

The technology can not only map faces, what’s going on behind the scenes is eye tracking. This can impact inventory, design decisions, so there’s a new feedback loop. If you spend a fortune designing the interior of a car so that you’ve got hand stitched leather and walnut, when people go to look at that car in an AR experience, or a VR experience, you can see whether they noticed these details. And if it turns out they never noticed them, and they bought the car, why spend that money? So marketing will be given a continuous feedback loop just like it is online.

JG: Is there any possibility that you can see augmented reality not doing well with consumers? Namely, the people who might not be as tech savvy that might be left out of marketing campaigns or just might not like it because it’s so non-traditional?

JS: Well, if you remember pop up ads on desktop, it’s like a pendulum swing. Someone realizes you can advertise, the next thing you know you have 9,000 pop up windows and people said “enough.” So in AR, it all comes down to a relationship of trust with the brand. Unless you’re a 14-year-old kid, you’re not going to say yes to every AR experience, or walking down the sidewalk would feel like Times Square on acid. What you’re going to say is: “I trust this brand, this brand respects me, and there’s value in me having AR walking in their store.” It’s personalized, and that’s why I’ve signed up to be a shopper with them, it knows I just had a baby, and it’s telling me that I can be getting special pricing on diapers today, but nobody else in the store is getting that special deal. The really interesting thing is that variable pricing at retail will be the same as buying airplane tickets or hotel rooms today.

JG: So as you mentioned, having too much AR would be like Times Square on acid. I don’t know if you’ve seen the “Hyper Reality” video that came out about a year ago?

JG: That sort of seems like a cautionary tale. Is it possible that augmented reality will get to this point? How can we build these layered experiences without finding ourselves living in Hyper-Reality?

JS: No, I don’t know if you’ve ever gone to London but painted every five feet on the sidewalk is telling people to look the other way because the American tourists or European tourists may get hit by a bus. In “Hyper Reality” you saw that the whole world turns red so you know not to step. You would turn that on, that’s a lifesaver! You might not want to turn on all the other things. When they start in the beginning on the back of the bus with everything going on? That’s Hyper connected. You know the kind of person today that has their WhatsApp window open, their IM open? They’re reading, playing, surfing all at the same time and so individuals will have that kind of choice. And brands that abuse it will hear it loudly when people disengage.

JG: With something like facial recognition in AR, what are your biggest concerns about privacy and safety as the tech goes mainstream?

JS: AI can get really scary really fast but what we’re talking about is using machine learning as opposed to AI. But machine learning is just mechanizing what we do today. So I think it adds tremendous value. You can walk through a Tokyo airport today to go into Japan, and they’re taking your body temperature. So if you have the flu or communicable disease, they’re protecting their population. I think we all think that’s a good thing. (With AI) where and when that chasm gets crossed, that’s individual choice.

If you follow the whole discussion of singularity, what I think augmented reality brings that no one has talked about yet is an environmental singularity. So for the first time, all of humankind’s knowledge will be contextually relevant to the environment that you’re in. We will quickly go from a generation that if you go to a restaurant or a store anywhere in public today is staring down at their phones will now be making eye contact with people and being able to communicate with people that don’t speak the same language because there are instant subtitles. It’s revolutionary.

This interview by Juliet Gallagher originally was published in Next Reality on July 21, 2017.