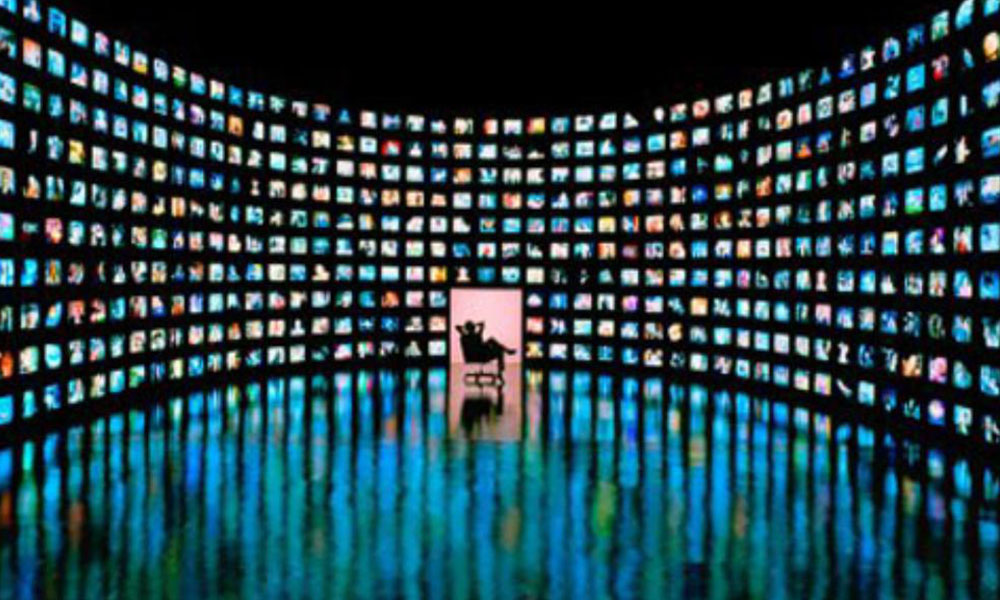 There is a $170 billion US market up for grabs in 2015.  Corporate giants that are accustom to dominating their oligopolies will be competing with a diverse spectrum of new entrants from adjacent markets as well as nimble young startups.  The massive trends of big data, the Internet of Things, wearable tech, mobile computing and social media have coalesced to transform the world of television as we know it into a dynamic market where large incumbents are being forced to rethink and reengineer their business models.

Changing consumer behavior coupled with advances in technology are aligning to make 2015 a tipping point for massive disruption.  To the entrepreneur, the greater the disruption, the greater the opportunity.  With the majority of viewers now empowered to watch what they want, anywhere, anytime and on any device, the battle for eyeballs and advertising dollars has never been greater.  Cable and satellite companies are competing against fixed-line telephone companies and wireless companies.  Broadcasters and content producers are discovering ways to go over-the-top (OTT) and deliver multi-screen programming directly to consumers while major tech giants such as Amazon, Apple, and Google continue to expand the manner in which video is consumed, distributed and monetized.

As every entrepreneur and investor sifts through yearend data to predict the next trend or opportunity for financial success, there is a much easier way to accurately predict the future:  hang out with those who are creating it.  All of this disruption and competition is being publicly displayed at the Consumer Electronics Show this week in Las Vegas.  Having spent my entire career at intersection of content and technology, one thing is for certain:  With nearly $100 billion in pay-TV subscription revenue and $70 billion in advertising revenue at stake, 2015 is not going to be about your Grandpa’s television anymore.

The decades-old business model of multi-channel offerings which gave rise to a plethora of niche content is rapidly being replaced by multi-function video offerings.  With less and less television being watched live, consumers are enjoying the freedom to record at home or in the cloud, watch locally or when on the go, and binge watch entire series that they never had the time to enjoy.  In this evolved world of television, no piece of content will be labeled long-tail or niche if all content has equal virtual programming shelf space.  Channel guides that told consumers what they could watch and when they could view it are quickly giving way to tools for social discovery and sharing.  Television is not just the major topic on Twitter, but Twitter is fast becoming a tool for programing television news, entertainment and sports.  Today’s Millennials are consuming less television, but enjoying more total hours of video programming.  Short-form video is not just providing entertainment for the white spaces of our daily lives, it is changing how we consume long-form content and driving the massive amount of growth in big data.  The more contextual and enjoyable the programming options become, the more video we consume. Social media and personalization are providing both brand advertisers and end-users with hyper-targeted choices and opportunities for double digit growth. Startups recognizing this trend are chasing the billions to be made from enabling SoLoMo (social, location, and mobile).

And in 2015, television won’t be just about video programming.  State-of-the-art set top cable boxes are home gateways capable of providing a whole host of new home services.  Everything from wireless nanny cams and Nest thermostats to programmable door locks for the Airbnb generation will change how we interact with our home and each other. Thanks to VOD, pay-TV has a micro-billing relationship with US homes that can be expanded to offer ecommerce and eservices for the always-connected consumer.

While disruption causes vast sums of capital to flow from existing business and business models to new entrants, there is a wild card in predicting the best opportunities for the 2015 television industry.  As the recent Supreme Court decision and subsequent Aereo bankruptcy demonstrates, technology always evolves quicker than government policies.  The FCC’s forthcoming decisions on OTT reclassification, MVPD requirements, spectrum allocation and net neutrality will inevitably sway the balance between which companies are winners and losers in 2015.

Thirty years ago, the movie Back to the Future predicted what our world would look like in 2015.  While CES this year won’t be showcasing Mr. Fusions or flying Deloreans, as far as the future of television is concerned, 2015 is going to be a wild ride.

This post first appeared in the Wall Street Journal on January 6, 2015